If prosecutors charged you with a federal crime, you must do a lot of work to prove your innocence. Facing down federal lawyers in the federal courts will be a challenging process, no matter what charges you face. If you were wrongfully accused of a federal crime and are not sure where to go next, we are here to help.

Our team of criminal defense lawyers at Kenny Perez Law in Brownsville wants to help you prove your innocence and escape federal criminal prosecution. We will do everything to help you gather evidence supporting your innocence and build a strong case to take to court. If you stand accused of a federal crime, do not wait to reach out to us for help. Contact Kenny Perez Law today to get started.

What Are Federal Crimes? 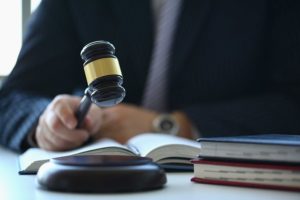 Federal crimes cover a wide range of crimes, some of which could be tried under state law if they had not occurred on federal land. Many crimes could be considered federal, and it can be hard to define them all.

However, some of the main federal crimes you may run into include:

Though the state could try many crimes, including manslaughter, murder, sexual assault, and robbery, if you allegedly committed them on federal property or an Indian Reservation, you might face federal charges.

The penalties for federal crimes vary just as those for state crimes do. For example, you may face felony or misdemeanor charges. You could face the death penalty if the court convicts you of murder. In any federal criminal case, you do have the right to a criminal defense lawyer who can help you prove your innocence and escape an unjust sentence.

What Happens When Authorities Accuse Me of a Federal Crime?

In some situations, the federal prosecutor may call together a grand jury, composed of various members of the community, to hear your case. The grand jury can decide whether to file charges against you.

Once charged, federal authorities will arrest, charge, and arraign you. At the arraignment, you will go before a judge for formal charges. At this time, the judge may decide whether to release you on bail until your trial concludes.

If the federal court allows it, you may enter a guilty plea in exchange for a reduced sentence. However, an innocent person may not want to do this. Sometimes, your lawyer may file a motion to dismiss the charges against you if they believe the evidence is enough to exonerate you.

Finally, you will be tried in court, charged as the judge and jury see fit, and sentenced to your punishment. You may be able to appeal your sentencing, though the appeals process often takes several years.

What to Do When Accused of a Federal Crime

If authorities accuse you of a federal crime, but you know that you are innocent, you need help. The best thing you can do is hire someone experienced in fighting federal criminal charges to help you seek justice in your case.

Here is what you should do after being accused of a federal crime.

“Definitely a law firm that you can trust! Professional, reasonable, and knowledgeable. The legal team has great customer service skills. They were able to help and guide us every step of the way after our accident.” – Cynthia Barrera
Rating: 5/5
03/14/2021
Read more reviews on Google!