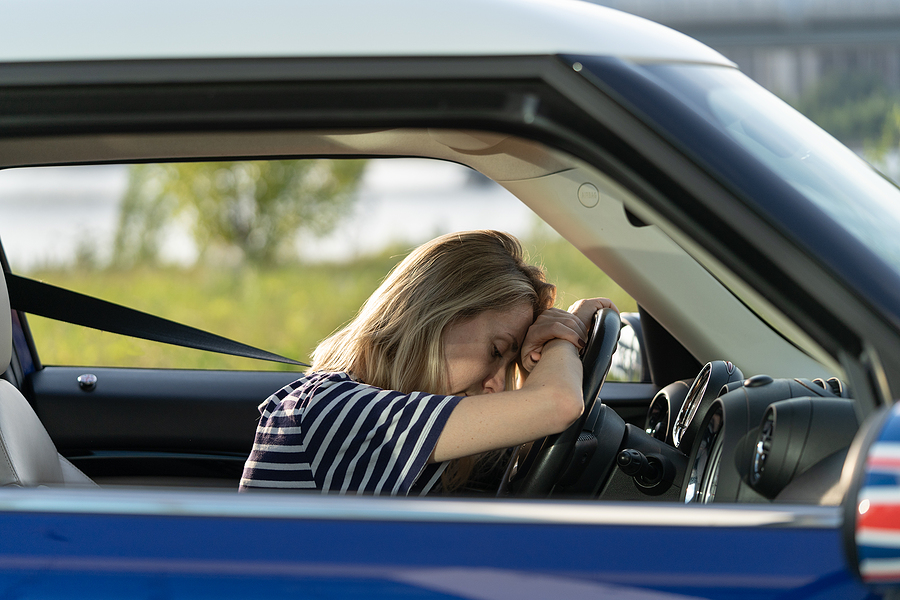 Driver Fatigue Is a Prevalent Problem in the U.S.

When you are behind the wheel, you may worry about the presence of certain drivers on the road who might cause you harm. Most people say they worry about drunk drivers or distracted drivers, and while these negligent drivers can cause serious accidents and injuries, there is another category of drivers who are just as common and drive alongside you every single day: fatigued drivers. These tired drivers put not just themselves at risk but are also a threat to everyone else on the road.

What Is Driver Fatigue?

A fatigued driver cannot react and respond in the same manner as an alert and rested driver. Fatigue can be either mental or physical. Either form of fatigue is a driving risk.

What Are the Common Causes of Driver Fatigue?

A driver might be fatigued for any number of reasons. In some cases, it is a combination of elements that can create a dangerous situation for a driver who does not realize how fatigued they really are.

Some of the most common causes of driver fatigue include:

How Does Fatigue Affect a Driver?

Drowsiness—just like drunk driving—measurably impairs a driver’s senses. The National Safety Council estimates that more than 100,000 motor vehicle accidents can be attributed to driver fatigue each year within the U.S. Many of these accidents impact other drivers and vehicles and result in preventable injuries and fatalities.

Impacts of fatigue on a driver can include:

Driver fatigue is not a new problem but with more vehicles on the road, the dangers of this pervasive threat to safety increase. As such, many agencies and even vehicle manufacturers have stepped in to combat the ever-present danger of fatigued driving on our roads.

Many newer model vehicles have the technology to recognize when a driver is drifting from their lane and some will even encourage drivers to pull over to rest periodically. However, these safety features still put the responsibility on a driver to stop driving when they are fatigued.

The National Highway Safety and Transportation Administration understands the risks of driver fatigue when it comes to truck driving, in particular. This agency has enacted regulations to limit the hours truck drivers can be on the road and set mandatory rest periods. Unfortunately, difficulties with enforcement and an industry that routinely turns a blind eye to rule violations make it difficult to efficiently combat this problem.

A fatigued driver is a negligent driver. Any driver who risks the safety of others while behind the wheel of a vehicle should be held responsible for any accidents, injuries, or deaths they cause. Every time a driver continues to operate a vehicle despite signs of fatigue, they are risking not only their own life but the lives of the drivers and passengers around them.

Just one moment where a driver closes their eyes or looks away from the road can result in tragedy. The National Safety Council reports that more than 1,500 people lose their lives each year because of a fatigued driver, injuring more than 70,000.

If you or a loved one were in a car accident and believe the at-fault driver was suffering from fatigue at the time of the accident, you may seek compensation for the damages and injuries you suffered. Contact a car accident lawyer for a free evaluation of your case and to discuss your options.