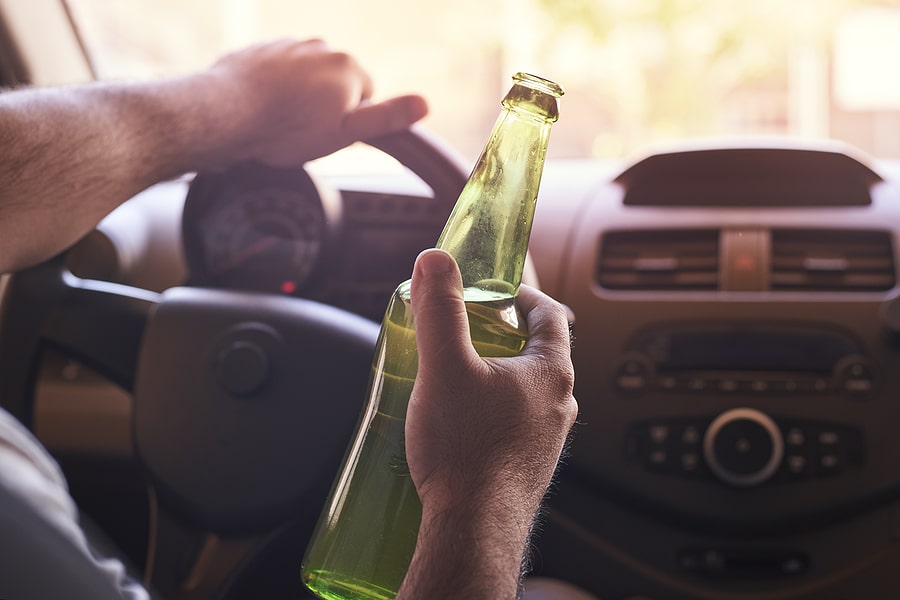 What Victims of Drunk Driving Accidents Should Know

Drivers who get behind the wheel of a car while impaired pose a unique danger to others on the road, including other drivers, pedestrians, and bicyclists. According to the Centers for Disease Control and Protection (CDC), anyone who drives after consuming alcohol will tend to suffer from delayed reaction times, inability to concentrate, and visual disturbances. Some of these impairments can appear when a person’s blood-alcohol level (BAC) is as low as 0.02, which is nearly four times less than what we normally consider drunk driving.

Sharing the road with a drunk driver can mean encountering a vehicle traveling too fast, not practicing safe lane changes, tailgating, weaving, stopping suddenly, or operating in a host of other dangerous ways. Any of these dangers can lead to a serious, even deadly, accident.

Texas law defines impaired driving as a driver who is “not having the normal use of mental or physical faculties by reason of the introduction of alcohol, a controlled substance, a drug, a dangerous drug, a combination of two or more of those substances, or any other substance into the body”. Unfortunately, despite serious penalties associated with impaired driving, it remains a problem.

In Texas, drivers who obtain a license and operate a motor vehicle must exercise reasonable care behind the wheel. By definition, someone who makes the reckless and tragic decision to drive drunk does not exercise reasonable care. As a result, a drunk driver will generally have a legal liability to anyone harmed by his or her conduct, including to victims of a drunk driving crash.

An impaired driver may not be the only person who owes damages for a drunk driving accident, however. Others may share that liability with the drunk driver. For example, in some cases, the business where the driver consumed alcohol may also owe compensation to crash victims. Under Texas law, a bar, restaurant, or other establishment that sells alcohol can face liability for a drunk driving accident if “…at the time the provision [of alcohol] occurred it was apparent to the provider that the individual being sold, served, or provided with an alcoholic beverage was obviously intoxicated to the extent that he presented a clear danger to himself and others….”

Similarly, if a drunk driver causes an accident while driving a vehicle for work, the driver’s employer could owe damages to victims of the crash. Employers generally must answer for the wrongful conduct of their employees. They may also violate their own duties of care to the public by failing to train or supervise an employee who drives drunk on the job.

A driver who causes an accident while impaired may also face criminal charges and, if convicted, imprisonment, fines, and other severe penalties. The decision to charge a drunk driver with a crime belongs to the local prosecutor. It’s not up to an accident victim, although sometimes a prosecutor may ask a victim to provide evidence in the case against the driver.

A drunk driving accident victim’s right to receive compensation for injuries and losses does not depend on the driver being charged with a crime. However, the process and outcome of a prosecution can sometimes influence the timing and strategy of the victim’s claim for damages.

A skilled drunk driving accident injury lawyer works to ensure that any criminal prosecution of a drunk driver does not impair a victim’s rights to seek compensation.

A claim for damages arising out of a drunk driving accident in Texas seeks compensation for the wide variety of harm victims can suffer.

Every case is different, but typically a drunk driving accident victim can seek payment for:

Sometimes, a lawyer for a drunk driving accident victim can also secure additional compensation known as punitive damages, which Texas courts can award when the party at fault for an accident has engaged in extreme or intentionally harmful conduct (which is a good description for drunk driving in a lot of cases).

Drunk driving accident victims can sue a drunk driver for damages even if the driver has been convicted of a crime. As we said, criminal charges do not affect the victim’s rights to compensation and, in any event, it is usually the driver’s auto insurance liability policy that pays damages, rather than the driver.

The amount of compensation a Texas drunk driving accident victim might receive tends to depend on several factors, including the severity of the victim’s injuries, the strength of the evidence supporting the victim’s claim for damages, and the financial resources of the at-fault party (usually, how much insurance that party carries).

To learn more about your rights to compensation after a drunk driving accident in Texas harms you or a loved one, contact an experienced Texas car accident attorney today for a free consultation.