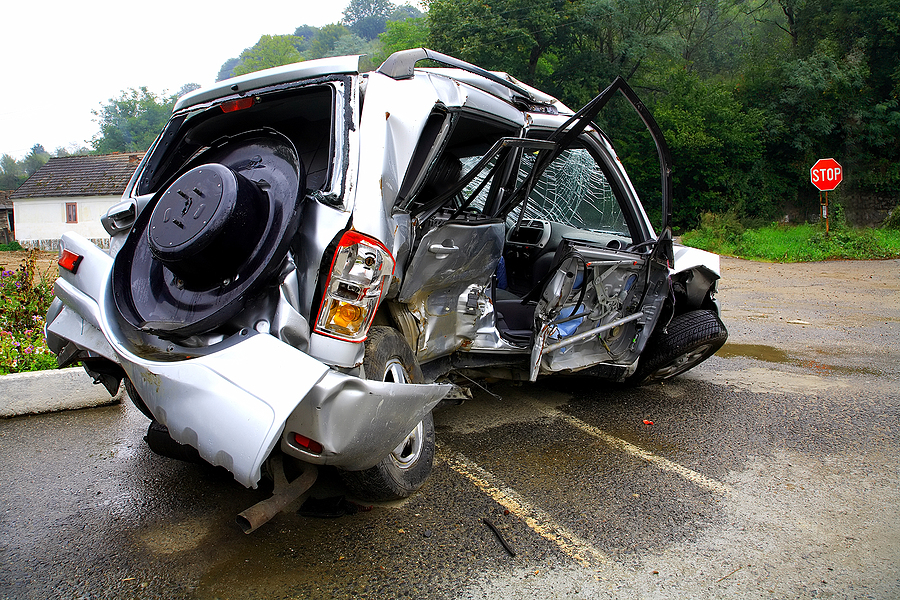 Who Is at Fault in a T-bone Car Accident?

A T-bone accident, also known as a side-impact collision, can happen anywhere. Intersections frequently see T-bone crashes, but they can also occur on highways and rural roads.

No matter where they occur, however, T-bone car accidents can cause serious destruction and tragedy. In fact, according to the Insurance Institute for Highway Safety (IIHS), side-impact collisions annually account for roughly 23 percent of fatal injuries in traffic accidents.

In the aftermath of a T-bone accident, injured victims and the families of those who tragically died want answers about what happened. One question usually at the top of the list is: who was at fault?

As we explain below, an experienced car accident lawyer can help them answer that question.

Determining fault for a T-bone car accident usually starts with understanding just how these crashes happen.

Most T-bone accidents happen at intersections. Why? Because that’s where vehicles most often cross paths at angles. The characteristic feature of a T-bone accident is the front of one vehicle colliding with the side of another.

Road engineers sometimes refer to intersections as “planned points of conflict.” In other words, an intersection where traffic can’t flow freely—someone needs to slow down or stop to prevent accidents.

Engineers try to resolve that conflict through various means, such as:

Still, despite those efforts, inevitably, some drivers won’t follow the rules of the road.

Sadly, that means that as long as travel lanes cross paths at angles, T-bone accidents will take place when drivers:

Virtually any unsafe driving behavior can result in a car entering an intersection when it shouldn’t, which in turn leads to a T-bone collision.

Who bears the blame for a T-bone accident?

Victims of T-bone accidents often do not realize the potentially wide array of parties who could owe them damages for the injuries they suffered. Here are some of the parties an experienced lawyer will often investigate as potentially responsible for a T-bone crash.

In many T-bone accidents, one of the drivers bears most or all of the blame for the collision. After all, the rules of the road explain when cars can safely enter intersections and other points of traffic conflict. A T-bone crash usually means that one of the drivers made a preventable mistake. A driver might speed, get distracted, get confused, or simply ignore a stoplight or sign. Any of these sorts of mistakes can leave that driver with legal liability for the other victims’ injuries.

Municipal Governments and Their Road Engineers

It will probably come as no surprise to hear that road engineers often dislike designing intersections (many favor traffic circles, for example). In part, that’s because they know that an intersection will pose an unavoidable risk of a T-bone accident and that even a small mistake in how someone designed, built, or maintained the intersection could increase the odds of a deadly collision.

Poor choices municipalities and their engineers make that could lead to an unreasonable risk of collisions could include:

Occasionally, an automotive manufacturer can bear responsibility for causing a T-bone accident, by designing, making, and selling a defective product that fails to operate as it should, leading to a crash. For example, the manufacturer of a defective brake pad might owe damages for the injuries resulting from a T-bone collision, if that defect made it impossible for a driver to stop in time to avoid entering an intersection at an unsafe moment.

It’s one thing to identify an individual or business that caused a T-bone crash. It’s another thing to prove it in court.

That’s where experienced T-bone car accident lawyers come into the picture. Victims of T-bone crashes can rely on those lawyers to collect, organize, analyze, and present evidence of what happened that proves who should bear the blame.

Using this and other evidence, a skilled lawyer can prepare a claim against the party or parties at fault for a T-bone crash, seeking damages to help the injured victims pay for:

Sometimes, a skilled lawyer can also secure payment of additional, punitive damages from the at-fault party, if that party’s actions in causing the T-bone crash were especially extreme or intentional.

If you or a loved one suffered injuries in a T-bone collision, you may have the right to receive significant financial compensation from the at-fault party or parties. To learn more, contact an experienced car accident attorney today.