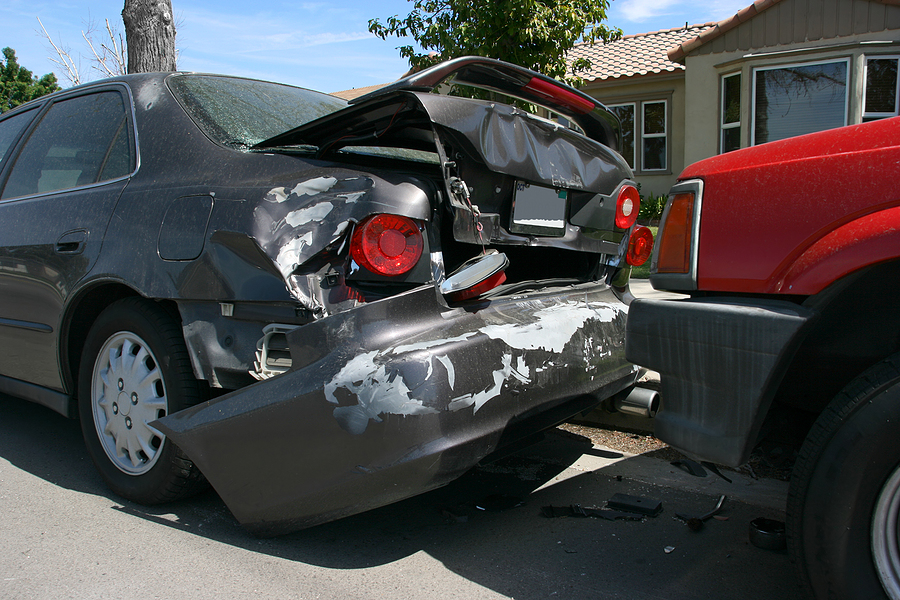 In the United States, car accidents constitute one of the leading causes of death. Factors ranging from human error to road conditions cause many different car accidents. Sometimes, multiple drivers making poor decisions can cause an accident, but often the actions of one driver can cause an accident. In either case, you should know the right steps to take after an accident to start recovering as soon as possible.

Eight Types of Car Accidents and Their Causes

The Centers for Disease Control and Prevention (CDC) reports that car accidents constitute the most common cause of death in the United States, killing over 100 people every single day. While teen drivers face three times the risk of dying in a fatal crash than do adults, all people face a certain amount of risk. As a result, between 30,000 and 40,000 people die every year in car accidents in the United States.

Rear-endings result when one driver runs into the back of a leading car. Most commonly, the driver who rear-ends the other car causes the accident, though cases do exist in which the driver in front failed to signal or stopped too suddenly and caused the crash. Most rear-ending crashes result from drivers who tailgate or drive while distracted and fail to pay attention to the other cars in the vicinity.

Head-on collisions constitute some of the most devastating of all accidents. These accidents usually result from drivers attempting to pass other cars in unsafe passing zones or who swerve into another lane to avoid something on the roadway. These accidents can also result from distraction, in which a driver drifts into the opposite lane while texting or performing some other distracting action. One or multiple drivers can cause this type of accident, but fault depends a lot on the circumstances.

T-bone accidents result when a driver runs into the side of another vehicle. These accidents most commonly occur when vehicles fail to yield to each other, as when a car turns left in front of an oncoming vehicle or attempts to enter a roadway without yielding to oncoming traffic or stopping at a stop sign. Again, one or more drivers may contribute to a T-bone crash, depending on the circumstances.

Rollover accidents commonly involve only one vehicle flipping onto its side or top. A driver may hit something on the roadway, slip on ice or snow, or swerve sharply and roll the vehicle. Sometimes, a vehicle may roll after being T-boned or sideswiped by another car. Tragically, rollover accidents involve high fatality rates.

Sideswipe accidents usually happen when one vehicle drives too close to another and swipes it. These kinds of accidents commonly occur on multi-lane roadways, such as freeways, especially when drivers fail to check their blind spots before changing lanes. Drivers of cars that endure a sideswipe collision often veer off the road and could roll over or hit other vehicles.

6. Hit and Run or Phantom Accidents

In hit-and-run accidents, one vehicle will hit another vehicle, pedestrian, or cyclist, and drive away without stopping to take stock of the damage caused. Hit-and-run drivers act incredibly irresponsibly and negligently, and courts usually find them at fault in accidents. Phantom accidents may appear similar to hit-and-runs but usually don’t result directly from one car hitting another. Instead, a car may swerve into another lane, causing another vehicle to swerve off the road or hit something else. Phantom drivers generally don’t notice or care that they caused a crash.

Multi-car accidents may result from several drivers failing to pay attention to the roadway and other vehicles on it. In many cases, these accidents occur after a rear-ending when drivers following the crash fail to notice it and run right into the accident scene.

How to Determine Fault and Compensation in a Car Accident

You need to prove that the other driver caused the accident to successfully recover compensation for the injuries and damages you suffered.

To help with this process, after a car accident:

You can claim compensation for economic and non-economic damages, including:

To claim compensation for these damages, caused by another’s poor driving decisions, you must prove the other driver’s negligence, which you can do in the form of photos, medical bills and records, and other important bills or papers.

A personal injury lawyer will help you gather the information you need to effectively prove that another driver caused your injuries and should pay you for your damages. If you sustained injuries in a car accident and need help recovering money to pay for your bills, reach out to a car accident lawyer for a free consultation as soon as possible.