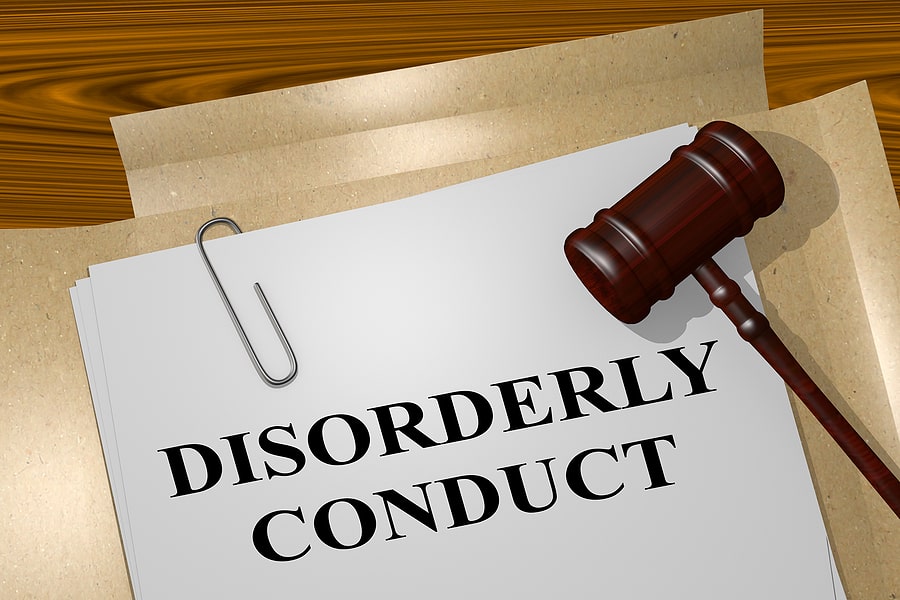 Are You Facing Disorderly conduct Charges?

Here’s What to Do

Facing criminal charges is a challenging and scary experience, especially if you have never had any issues in the past involving law enforcement.

If you face charges for disorderly conduct, it’s pivotal to remember that you do have recourse. Understanding the legal situation and your rights is an important first step.

If you face disorderly conduct charges in Texas or elsewhere, it is also advisable to seek the help of a lawyer who has experience in these types of cases. Below we will cover legal terminology, background on the charges, and other important information.

What Is Disorderly Conduct?

Under Texas Penal Code § 42.01, disorderly conduct is a term used to refer to a list of several possible actions and behaviors. While many instances pertain to these behaviors occurring in public places or areas like a public school campus, some situations involve private residences or events. Additionally, these actions also have to disrupt or breach the peace.

A person charged with disorderly conduct in Texas has intentionally and knowingly:

Disorderly conduct also includes a subsection of actions that someone commits for a “lewd or unlawful purpose.”

Other Offenses Related to Disorderly Conduct

As a continuation of Texas Penal Code Section 42, you may also be charged with one of the following acts separately or in addition to the previously mentioned acts.

Other similar offenses include:

In Texas, charges for disorderly conduct are typically either a Class C misdemeanor or a Class B misdemeanor. However, Texas has broad guidelines and the sentencing and severity of penalties are at the discretion of the judge hearing a case. That is why it’s important to not enter a plea or agree to any deals without first consulting a lawyer who is experienced in disorderly conduct cases.

Since many aspects of a disorderly conduct charge involve noise or vulgar language use, these actions can be subjective. While noise level has to meet the legal requirement of being above 85 decibels to be considered a public nuisance, that’s only after a person receives notice from a law enforcement officer. So, in other words, a person who can prove that they turned down the music or lowered the noise level after receiving a warning would not commit a disorderly conduct offense.

Other possible defenses for disorderly conduct charges include, but are not limited to:

If police or prosecutors charge you with disorderly conduct or similar charges, the first step is to try and remain as calm as possible. This is essential whether or not you may have committed the crime alleged or not. Because you are not guilty of a crime until after a court determines so, do not admit guilt or agree to any deals presented to you before speaking with counsel.

Some other steps that you can take include: