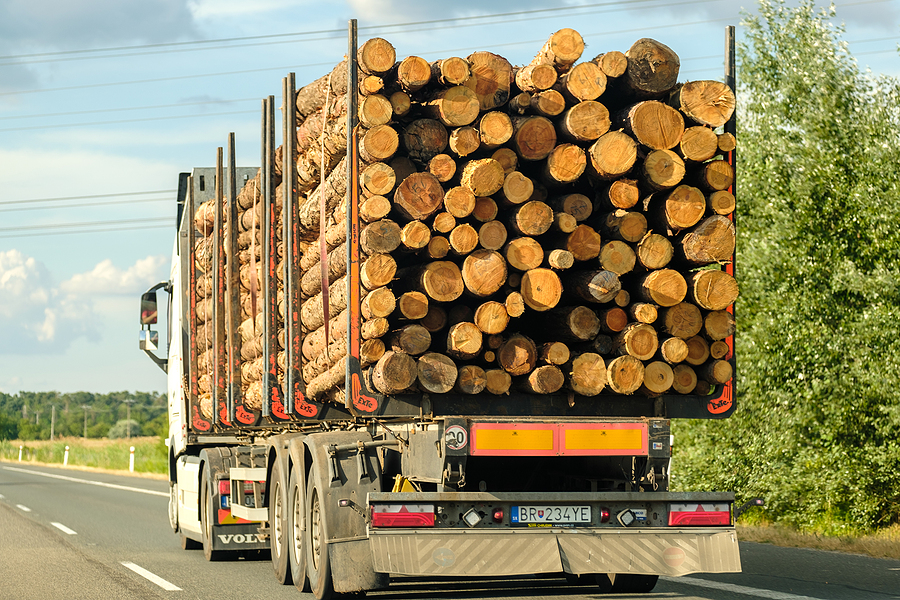 When you see a fully loaded flatbed truck in traffic, your instincts warn you to steer clear.

Perhaps you’ve seen a falling cargo tragedy on the evening news. Trucks often jackknife or overturn. Cargo becomes displaced and falls onto passing cars. These incidents damage vehicles in surrounding traffic and seriously or fatally injure their occupants. If you’ve heard only a single story about a cargo-related accident, it makes sense that you would want to keep your distance.

You don’t often see or hear about falling cargo accidents, but they happen every day. These mishaps occur when a shipper, loader, or trucker doesn’t know the rules or fails to follow them. Falling cargo often adds to the damage already caused due to serious truck crashes. Cargo-related accidents occur so frequently and cause so much damage, federal and state transportation regulations include securement rules to guide the loading process.

When an improperly loaded truck makes it onto the highway, it doesn’t always end in tragedy. Sometimes a minor cargo shift causes a tractor and trailer to jackknife. At other times, poorly restrained cargo rumbles or slides enough to warn a driver to take action. You might have seen a trucker when he’s stopped and making cargo adjustments along the highway. He’s taking actions that might help prevent a serious accident.

When a trucker is intoxicated, fatigued, or simply distracted, he might not recognize that his cargo isn’t properly secured. Recognition is also a problem with inexperienced drivers. If an inexperienced trucker has the presence of mind to recognize the signs of shifting cargo, he won’t always know what to do.

What Is Cargo Securement?

As these guidelines are critical to highway safety, they are integral to the commercial driver training, testing, and licensing process. The FMCSA publishes a Cargo Securement Handbook with simplified securement instructions for truckers.

Their primary purpose is to ensure that cargo is either “contained, immobilized, or secured.”

Sometimes a cargo shift releases an improperly secured load onto the road. At other times, an accident compromises the securement system, allowing cargo ejection.

Either way, these events cause injuries, vehicle damage, and financial losses due to lost or damaged cargo.

Who Is Responsible for a Falling Cargo Accident?

Truckers have ultimate responsibility for a poorly secured load. Even when another company loads the cargo, the trucker must recognize and correct any improperly secured loads.

When a trucker has load securement issues while performing within the scope of his job, his employer/transport company is usually responsible. Depending on the jurisdiction, trucking companies often have a separate duty if they negligently entrust a truck and cargo to an irresponsible driver.

Truckers don’t usually load their own vehicles. In many cases, they drive deadhead (without a load) or bobtail (without a trailer.) Depending on the contractual arrangement, the company shipping the cargo attaches its own trailer or loads the transport company’s trailer. In some cases, independent contractors complete the loading operations.

Do You Need a Lawyer if You’re Injured in a Falling Cargo Accident?

Yes. When a falling cargo accident causes damage and injuries, a truck accident attorney provides the assistance you need. Working out your own claim is never a good idea. Attorneys deal with truckers, transport companies, and insurers. They protect your legal rights while you focus on your recovery.

When you consult a truck accident lawyer, your initial meeting is complimentary. You have an opportunity to discuss your accident and find out more about your legal options.