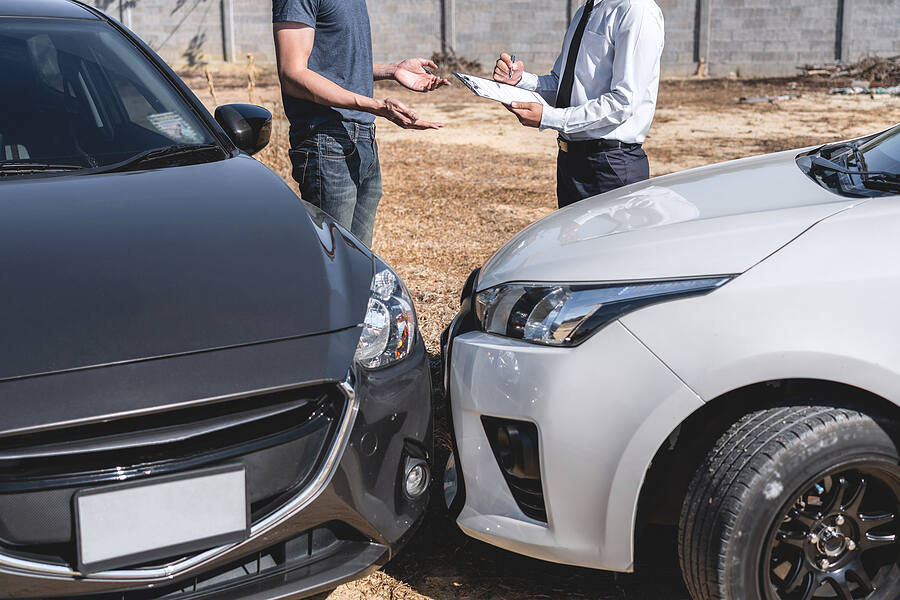 How Does an Insurance Company Decide Who Was at Fault?

When you are involved in an accident, the question of who was at fault is essential for establishing liability and whether you can get compensation for your damages. This is especially true in Texas because of its proportional responsibility laws, which can leave the most culpable driver shut out of getting any of their expenses paid.

Insurance adjusters use several different methods to determine who bears most of the fault, partial fault, or none. Of course, determining liability is not always straightforward, and the dispute can stretch out for months. Having an experienced car accident attorney by your side can help ensure that your interests are represented throughout the back and forth process of filing a claim.

How Insurance Companies Determine Who Was at Fault

Every car accident claim filed with an insurance company goes to an adjuster that will review all the evidence and try to build a picture of what happened. It is also not unheard of for insurers to look for reasons to deny a claim.

Traffic laws are essential in determining fault since most accidents are caused by speeding, driving under the influence, illegal maneuvers, and other significant violations. Insurers can determine who broke the law using resources like:

Car accidents involving injuries or property damage will typically have the police called to the scene. The officers will examine any physical evidence of the crash, talk to the drivers and any other witnesses and then write a report of their interpretation of what happened. The report will even have a diagram of the scene and how the vehicles are situated.

Crucially, police officers also document any particular circumstances that contributed to the crash, like cell phone use or driving under the influence, and issue a traffic citation that you can use as evidence of negligence.

Keep in mind that the police report is important, but it is not infallible. They can sometimes have inconsistencies or inaccurate information that you may need to dispute later.

Videos or Photos of the Crash

If either driver involved in the accident had a dashcam, there might be a clear view of precisely what caused the collision. It is also possible to get footage from the exterior security cameras at nearby businesses to capture the point of impact or show whether any of the cars were speeding right before the accident. Photos of the scene or the damage inflicted on each vehicle can also tell a story of what happened.

The statements from anyone that witnessed the crash are extremely important for establishing fault. Insurers will also sometimes call in expert witnesses that use more advanced diagnostic tools to help put together the events of the accident.

The actions of just one driver cause some car accidents, but it is also possible for multiple different parties to contribute to the crash.

In this case, Car X is partly at fault for tailgating even though Car Y is considered more responsible for not properly signaling. The insurer would assign a percentage of the blame to each party, with Car Y getting the larger share.

Drivers may dispute each other’s stories, and it often comes down to the evidence available to resolve what happened. The stakes are high when determining who has more liability because Texas laws follow a modified form of comparative negligence, otherwise known as the 51 percent rule.

This principle means that drivers cannot recover compensation from a liability policy if their percentage of fault is higher than 50 percent. Drivers who bear less responsibility for causing an accident can still get compensation for their damages.

Another important detail is that most Texas drivers must have PIP (Personal Injury Protection) as part of their car insurance coverage. This is a separate policy that offers up to $10,000 in compensation for any medical bills directly related to the accident. Crucially, approval for PIP funds is not affected by your percentage of fault. Any benefits you might receive from the at-fault driver’s liability policy cannot offset the amount.

When Fault Is Disputed, Legal Representation Can Make the Difference?

Car accident claims can get pretty contentious, especially when a crash causes significant injuries or property damage. The reality of comparative fault laws in Texas will leave both sides battling it out to lower their liability burden. Insurance adjusters are also known for reducing the amount they pay for your damages or even denying your claim altogether.

Having a skilled car accident attorney by your side can make it easier to navigate the insurance claim process and get awarded fair compensation.

Your lawyer can build a more compelling case by:

If you were in a serious car accident with disputed liability, Contact an experienced Texas car accident lawyer sooner rather than later. The right legal representative is someone that understands the system and can help you manage the insurance claims process every step of the way.