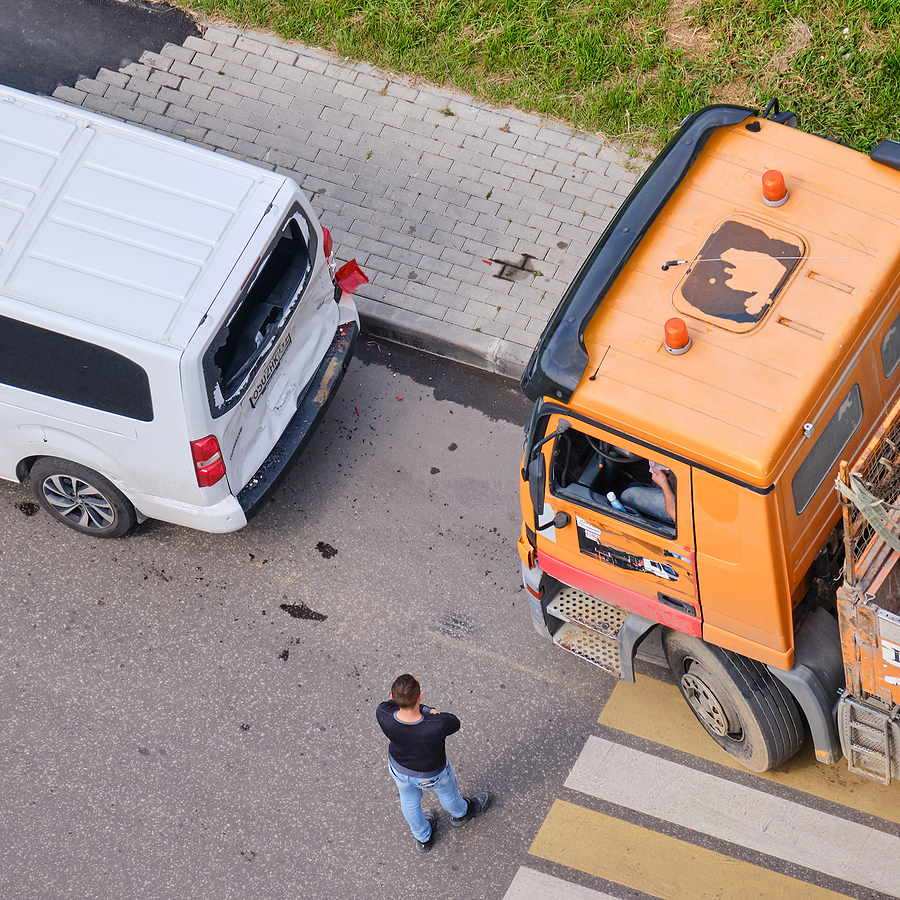 How to Preserve Evidence for a Truck Accident Claim

When a truck crashes into your car, evidence determines who is at fault and is liable for your injuries. If you’re like most drivers, evidence won’t be a concern to you until months or years later, when your unresolved injury claim becomes a lawsuit. That’s understandable, especially after a truck accident. The potential for ongoing danger motivates you to get your car off the road, call 911, and seek emergency treatment for your injuries.

These are the proper actions, especially if you need immediate care for your injuries. When they arrive, you must also talk to the police and contact a towing company about picking up your damaged car. While you’re taking care of these post-accident duties, some evidence at the accident scene will disappear.

You’re The Right Person to Preserve the Evidence

To appreciate your role in preserving evidence, you must stop thinking that it is only a task for police officers, lawyers, and investigators. Evidence is relevant information that’s accessible to anyone who looks for it. It’s a body of facts or information and visible proof of what happened. Evidence is “something which shows that something else exists or is true.”

When you preserve evidence after a truck accident, you accept responsibility for documenting important information. Your actions give you a proactive role in showing what is true and what happened, protecting your legal interests. You must call 911 immediately following the accident, but that doesn’t prevent you from collecting your evidence. You still have time to accomplish the necessary tasks while you’re waiting for the police and the EMTs.

You’re often the best person to preserve evidence at the scene for several reasons:

Law enforcement officers preserve evidence by creating a formal record of an accident. That’s important for several reasons. Officers follow a report format that guides them through the documentation of the most critical evidence. While a trucker might argue about showing you their commercial driver’s license and insurance information, they have no choice with a police officer.

When appropriate, officers can conduct and document DUI screenings at the scene. They also have in-car technology that determines a driver’s license or license plate’s validity. A police accident report includes details that are crucial for your insurance claim or lawsuit, making it an essential piece of evidence to collect as well.

Law enforcement authorities preserve available evidence. Unfortunately, accident scenes begin changing within minutes of a crash. When an officer begins an investigation, the evidence may have changed or become unavailable.

Minor changes to the scene can make a significant impact on evidence, such as:

Taking Steps to Preserve the Evidence

Your smartphone is the ideal tool for preserving accident details. Your phone is beneficial for taking photos and videos of the scene and recording names, streets, and information about the other drivers or vehicles.

If you can’t navigate the accident scene without pain or discomfort, ask a passenger or bystander for help in gathering the information you need:

Do What You Can?

Preserving evidence is more manageable when two private passenger vehicles have a minor crash. When a truck strikes your car, you often deal with extensive damage and serious injuries. Documenting evidence becomes a challenge when you’re in pain or can’t move. If you can’t find someone to help you, use your phone’s camera and notes to document what you can from a distance.

Your Insurance Carrier Investigates Your Accident

When you’re involved in a severe accident, your liability insurer documents and preserves evidence, as well. The insurer’s investigation usually includes an inherent delay even if you report to a 24-hour claim line. Your report goes through a distribution process before anyone takes action. These delays generally limit an investigator’s effectiveness in documenting evidence.

Your insurer looks at your claim primarily from a liability perspective. They focus on whether you caused the accident and if they owe the opposing party for their injuries. Unless they believe you have a potential uninsured motorist claim, a claim adjuster focuses on your collision damages, medical payments, and other covered first-party losses.

You need someone working on your behalf immediately after your accident, especially when you sustain serious injuries. Truck accident lawyers work with seasoned investigators who preserve evidence on your behalf. The evidence you document gives their investigator solid context and an investigative jumpstart. It points them in the right direction and helps your attorney evaluate your case.

Consult a Truck Accident Attorney Near You

When you sustain serious injuries in a truck accident, evidence at the scene helps you prove your case. You should still obtain a qualified truck accident attorney to protect your legal rights. Lawyers will manage all communications with negligent truckers, insurers, and opposing attorneys. They can investigate your accident, analyze any legal issues, evaluate your injuries, and have the knowledge to resolve your case.

Contact an experienced truck accident lawyer for your free consultation today. They will answer your questions and help determine the way forward to resolve your case.