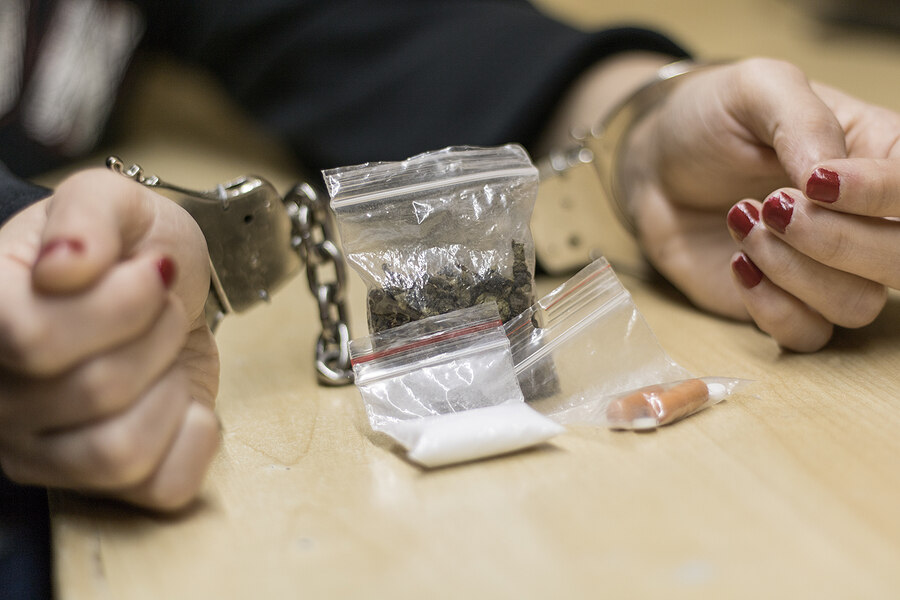 Federal and state laws control many drugs, medications, and chemicals in the United States. Some substances are considered permissible for a medical condition or other legitimate use. Still, beyond that, the use of these is illegal.

The impermissible possession or use of certain drugs can result in legal consequences. You can face serious consequences if the authorities find you with illicit substances, no matter your age. However, people under 18 (juveniles) typically receive different punishments for drug charges than adults.

Like adults, a drug possession charge can negatively impact juveniles’ prospects for the future. However, a lawyer can help to avoid harsh penalties for juvenile drug charges. Minors and their families should contact an experienced criminal defense lawyer as soon as possible to find out if they can help fight to reduce drug-related charges.

Generally, possession of a controlled substance results in fines or imprisonment on a state or federal level. However, some exceptions do apply. Drugs fall under one of five federal schedules, with Schedule I having the highest abuse risk. These substances have no accepted medical use.

In the other categories, substances typically need medical supervision or a prescription. Schedule V drugs have the lowest potential for abuse and often do not require a prescription.

While all states have drug laws, they can vary significantly. For instance, Texas groups controlled substances into six categories for penalty purposes. The court looks at the type and amount of the drug a person manufactured or possessed and gives a proportionate sentence.

There are conflicts between state and federal laws, and if that occurs, federal laws take priority.

Where Can a Juvenile Get Drugs?

An estimated 50 percent of teenagers in the United States have misused a drug at least once. Every month, around 8.33 percent of teenagers between the ages of 12 and 17 take an illicit or controlled substance. There are many ways for minors to obtain drugs, but a common avenue is from within their own home.

A parent or sibling might have prescription medication that the minor can access and abuse. On the other hand, if a teen had an accident or health problem, they could legally possess the substance they abuse. How minors handle their prescription drugs determines if their actions are legal.

At school, friends could introduce a juvenile to drugs. Some teens fall prey to peer pressure or try them out of curiosity. Even if the substance introduced has a low chance of abuse, it can lead a teenager toward more dangerous drugs.

The internet allows a wide array of communication between teens and people they may not otherwise interact with. Through online connections, people may experience digital peer pressure or more access to controlled or illicit substances.

Additionally, minors can learn about drugs and their effects through blog posts and informative articles. These sources of information may connect teens to people and online communities that enable drug use.

Teens can be arrested for possession or sale of drugs, even if they were not their own. This risk includes drugs within a vehicle. Even if the vehicle’s contents belong to another passenger, all those in the car could face arrest.

In some states, the legal system punishes juveniles differently than adults for drug-related crimes. However, even if the state reduces the consequences of drug possession for teens, they are still significant. A teen could receive a misdemeanor or felony charge depending on the type and quantity of drugs they possessed at the time of the arrest.

Possible misdemeanor penalties include license suspension, rehabilitation, and community service. Minors may receive probation until they turn 18 or are considered an adult. The court may also make teens attend educational courses or pay steep fines.

Some jurisdictions have first-time offenders attend a diversion program. This pretrial intervention program means they do not have to appear in juvenile court. A diversion program holds a teen responsible for their actions but without the need for legal intervention or a criminal record. These programs may lean on community leaders or teachers to engage with the guilty teen to help guide them away from their destructive lifestyle.

If a juvenile is charged with a felony, the penalty may be the same as a misdemeanor charge, but the impact of a felony is more significant. Instead, a judge can sentence a convicted juvenile to a Juvenile Justice Department facility. These facilities are generally for people under the age of 21. In determining a teen’s punishment, the court will review their criminal history, resulting in harsher penalties if not a first-time offense.

If a teenager is nearing 18, the court can decide to try them as an adult, meaning the court would send them to an adult jail or prison. Being tried as an adult usually means the punishments are more severe and difficult to reduce.

Defense Attorneys Can Help Juveniles With Their Charges

Every year, the police arrest around 81,320 juveniles for drug violations. A conviction for drug possession can follow a minor for the rest of their life. Some people are fortunate to have the court expunge or seal their criminal records. However, a seasoned criminal defense lawyer is typically the driving force behind these actions.

A teenager’s mistake can affect their ability to enroll in college, receive scholarships, or receive job offers. Minors and their parents should look for a trusted criminal defense lawyer to handle their cases and give them a chance to reduce the impact of a drug charge. Experienced criminal defense lawyers know the law and the court system, giving you the guidance you need when facing a drug charge.

Additionally, a criminal defense attorney knows how to build a convincing defense to reduce or avoid a juvenile drug possession charge. As the defendant, inform the lawyer of every fact related to your case, as they will be able to sift through and distill those facts into the most compelling argument. A lawyer will know the common mistakes and most persuasive arguments to undermine your arrest or charge.
A criminal defense lawyer will investigate your case and unearth every piece of evidence to your advantage. They will file motions, conduct discovery and argue in court to ensure you have the best chance at reducing or eliminating your charge. Addressing a juvenile drug charge is no simple task. Having the right criminal defense attorney by your side can make all the difference, and your future is not something worth risking. Contact an experienced criminal defense lawyer today and let them fight for your rights.