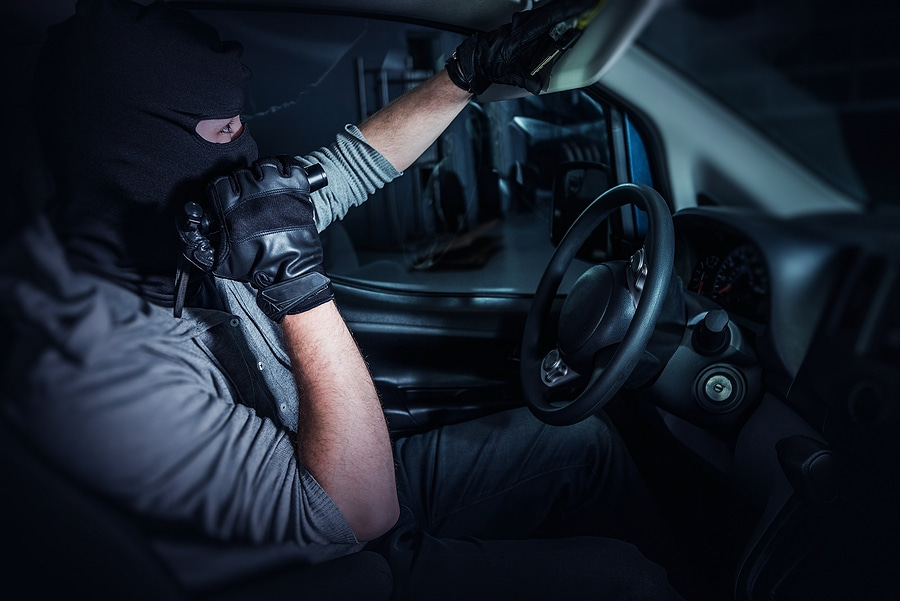 What Is a Grand Theft Auto Crime?

Most states define grand theft auto as taking someone else’s vehicle without their permission and without the intent of returning it. “Grand” distinguishes between grand theft and petty theft. These terms refer to a stolen item’s monetary value. Many vehicles will meet a state’s definition for grand theft.

Grand theft auto is a serious charge that you should not brush off or ignore. A conviction could mean prison time.

When should you call a grand theft auto lawyer?

If the police arrest you on grand auto theft charges, invoke your right to remain silent. They might give you the impression that you can clear your name if you answer their questions. But in reality, whatever statements you make could strengthen the prosecution’s claims against you. Politely refuse to answer their questions, and ask to contact an attorney.

You should also call a lawyer if you experience any of the following:

Don’t wait for an arrest. By the time law enforcement takes you into custody, they have already built a case against you.

Grand theft auto, carjacking, and joyriding: What is the difference?

Grand theft auto isn’t the only charge an individual could face. Carjacking and joyriding are other crimes that involve the use of someone else’s vehicle. Some states have different names for these charges, but the overall premise is the same.

In grand theft auto, the owner claims that someone took their car without their permission. And, that the alleged thief had no intention of ever returning the vehicle. Perhaps they planned to keep the car for themselves, give it to a third party, or sell it. The vehicle’s value must also meet the state’s criteria for grand theft. Some jurisdictions refer to grand theft auto as larceny of a vehicle, felony theft, or first-degree theft.

Carjacking is similar to grand theft auto. The key difference is the car owner (or another party who had permission to use the car) was present at the time of the theft. Often, defendants allegedly use force or the threat of force to take the car. Carjacking could fall under a state’s robbery or aggravated robbery crimes.

Joyriding occurs when someone uses a car without the owner’s permission. However, they have no intention of keeping the vehicle and return or plan to return it to the owner. Another term for joyriding is unauthorized use of a motor vehicle.

Are there defenses to grand theft auto charges?

Some people who face grand theft auto charges are not guilty of that crime.

Possible defenses to these charges include:

Your attorney can notify the court of your defenses for grand theft auto. This may result in dropped charges or reduced charges.

3 ways a grand theft auto attorney can help you

A skilled and compassionate criminal defense attorney can uphold your legal rights throughout your case. There are several ways they can help you have a fair trial.

1. Fight for a fair appraisal of the car in question

Whether grand theft auto is a misdemeanor or a felony could depend on the car’s value. The prosecution may try to assign a higher and unfair value, which will mean a more serious punishment for you.

2. Bring any defenses to the court’s attention

When auto theft allegedly occurs, there is often more to the story. If the situation was a misunderstanding or you have a valid defense, your attorney will make this known to the judge and prosecution.

Some states allow criminal defense attorneys to post bail for their clients, but not all firms offer this service. You save time and money if you hire an attorney who can post bail. They can also negotiate certain terms of your release. For example, your attorney could petition the court to allow you to keep your driver’s license so you can drive to work.

What happens after a grand auto theft conviction?

The punishments for a grand theft auto conviction will depend on the local laws and if you have a prior criminal record. You will likely spend time in jail or prison. You may need to pay restitution to the car owner and a punitive fine. And, you could lose your driving privileges.

In addition to any punishments that the court issues, individuals with a criminal record face other obstacles. A felony record can make it difficult to find a job in your field. You could have your professional licenses revoked. You may also have difficulty renting an apartment or finding a roommate.
Hiring a lawyer to extract you from a conviction for grand theft may cost you far less than an uncontested guilty plea, so if you face charges for this serious crime, call a criminal defense attorney today.