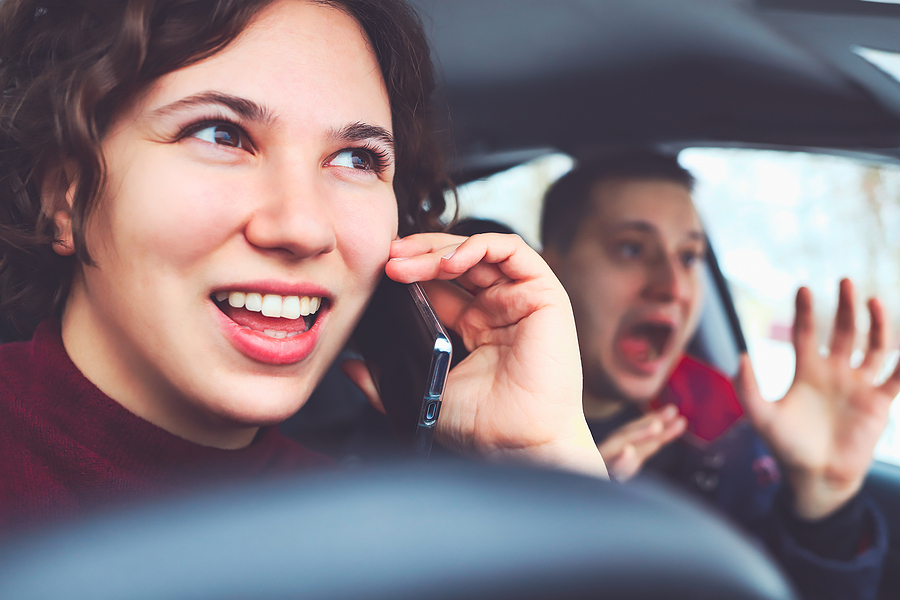 Car accidents can occur anywhere on the road, and for a variety of reasons. However, some risks can increase the risk of an accident more than others. Individuals who engage in those behaviors frequently bear liability for accidents caused due to their negligence behind the wheel.

Distracted driving poses the greatest risk to those out on the road. Distracted drivers often have slowed response times and difficulty keeping track of what happens around them on the road. Distraction can also cause drivers to mistakenly veer into another lane of traffic or cause them to react inappropriately to potentially dangerous stimuli out of reflex, rather than taking the time to consider what might actually have caused the danger.

Furthermore, speeding can significantly increase the risk of an accident, since it may take more time for a speeding driver to respond to danger. Drivers in crashes involving speeding may also sustain more severe injuries than those who crash at lower speeds since speeding adds to the force of the accident.

Aggressive driving behavior often occurs when drivers get impatient or frustrated on the road. Some drivers struggle with road rage, which frequently occurs when another driver cuts them off or engages in otherwise dangerous behavior.

Aggressive driving may include tailgating, swerving in and out of traffic, or generally ignoring the rules of the road to frustrate other drivers or reach the destination sooner. Drivers often struggle to predict the behavior of aggressive drivers or determine what they might do next, which can increase the risk of an accident.

Teen drivers may also engage in some riskier behaviors than the average adult driver. In addition, teen drivers may behave more recklessly when they have a passenger in their vehicles, either due to showing off for a friend or because of higher rates of distraction behind the wheel.

In poor weather conditions, the risk of a serious accident can increase exponentially. Heavy rain, for example, can make it much more difficult for a vehicle to stay on the road, raising the risk that a driver will fail to stop properly at an intersection or when the vehicle in front of him slows.

While most people know that heavy rain can pose a danger to other drivers on the road, they may fail to consider excess sunlight. Bright sunlight can make it very difficult for drivers to see, especially as it reflects off of vehicles and other metal objects around them. Some drivers struggle to see clearly enough to navigate in heavy sunlight, especially at sunrise or sunset.

Some intersections naturally pose a higher accident risk than others. They may have poor lighting that makes it difficult for drivers to see at night, which can pose a particular danger to pedestrians and cyclists.

They may have overall poor visibility, including blind hills and turns that make it difficult for drivers to determine what might happen next or spot a stop sign. Traffic lights with relatively short delays between red and green can also pose a danger, since they may not allow adequate time for a driver to get out of the intersection before someone else moves through.

7. Ignoring the Rules of the Road

Ignoring the rules of the road can pose a potential danger to everyone around you. Some drivers, however, drive as though the rules do not apply to them. They may travel down the road at high rates of speed, ignore traffic signs, or try to force their way into a lane of traffic, rather than yielding to oncoming vehicles.

These behaviors can prove incredibly difficult for other drivers to predict and may substantially raise accident risk, especially in heavy traffic.

Drinking and driving continue to pose a substantial problem across the nation. Despite the ready availability of services like Uber and Lyft, which can keep drunken individuals off the road, inebriated drivers still get behind the wheel regularly. Inebriation can interfere substantially with a driver’s ability to control his vehicle.

It may lead to increased swerving, risky behavior, or inability to navigate the street, including staying in the vehicle’s assigned lane. Inebriated drivers often have poor decision-making skills that can lead to more dangerous behaviors as they drive.

Controlling a vehicle with a serious maintenance problem can raise accident risk immensely. Many common vehicle problems, from tire blowouts to steering difficulties or brake problems, can raise the risk of an accident and make it much more difficult for other drivers to predict the behavior of the damaged vehicle.

Sometimes, the drivers of those vehicles may lose control of the vehicle entirely. Lack of proper maintenance on a vehicle can significantly raise the risk that the vehicle will break down without warning.

If you suffer serious injuries in a car accident due to someone else’s negligence, regardless of the reason or the contributing factors, you may deserve compensation for your injuries; a car accident attorney can help you understand your options.