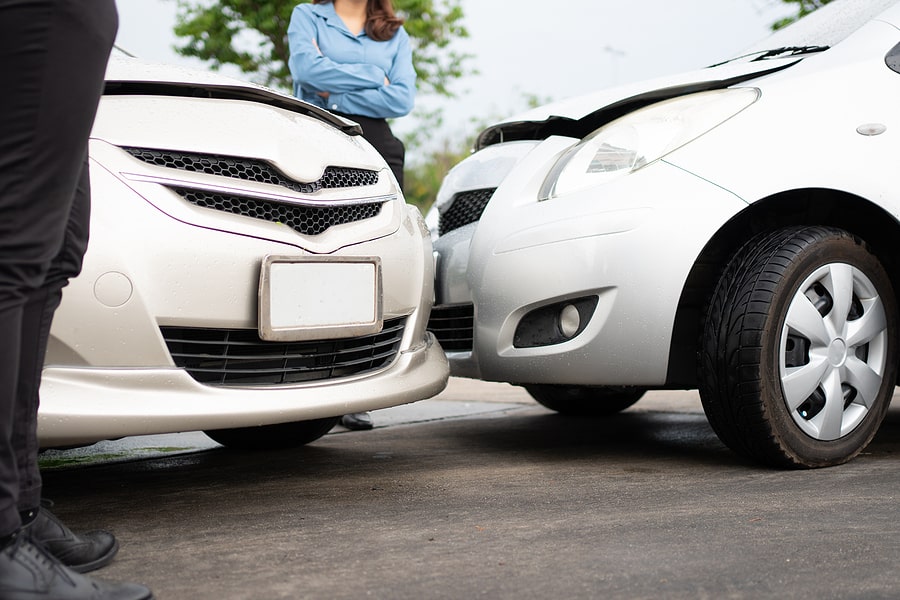 How Can You Tell Who Hit Who in a Car Accident?

Car accidents happen in a flash, but a variety of factors may contribute to them. The shock and trauma of an accident can make it hard to remember all the details that led up to the crash. Therefore, figuring out who is at fault can be difficult.

After an accident, saying “I’m sorry” seems like the polite thing to do, especially if the other driver is angry. However, an apology can be considered an admission of guilt in a lawsuit, and you may not actually be at fault.

Fault matters because when an accident happens, the parties, and their insurance companies, must know who is legally at fault—because that person is responsible for an injured party’s damages.

Generally speaking, states have either fault or no-fault insurance systems. In Texas, for example, there is a fault-based system of personal injury recovery, which means that the party at fault for the accident will be responsible for compensating the injured party for the amount they are responsible for.

In Texas, the current minimum liability limits are 30/60/25 coverage, which means that the limits are:

Every car accident is unique, and some of them are very complicated. However, certain indications may suggest fault, such as:

According to the Insurance Information Institute (III), approximately 63 percent of accidents result from traffic violations.

Some of the most common traffic violations that result in accidents are:

Such actions increase the probability of an accident.

In rear-end collisions, the driver who rear-ends another motorist is generally assumed to be at fault. However, if more than one car is involved, each car that hits another car from behind may have some responsibility for the accident.

Drivers must allow enough space between them and the driver in front in case the vehicle in front stops suddenly. Rear-end collisions happen everywhere, but they often occur at stoplights, in parking lots, in heavy traffic on the freeway, and when someone has stopped in the middle of the road.

There are exceptions to the rear-end collision fault assumption. For example, the driver in front may have been negligent if they failed to maintain their brake lights.

Another common scenario is when a car making a left turn hits a vehicle going straight. This often occurs because the turning driver entered the intersection without enough time and room to safely make the turn.

These accidents are recognizable because the turning driver will usually have damage on the front of their car, while the other vehicle will usually be damaged on the front-right side. However, the driver may be partially at fault if they were going too fast or ran a red light.

Thousands of crashes occur in parking lots and garage structures annually. This accident is prevalent around the holidays when drivers are distracted or in a hurry. Even if a parking lot accident takes place at a low speed, it can cause serious injuries, such as neck and back injuries. Fault can be a little more difficult to determine in these cases.

Car collisions are responsible for injuries that range from minor to catastrophic.

Negligence in a car accident

To recover damages through a car crash lawsuit, you’ll have to show that the other driver was negligent.

This means you’ll have to prove:

Once fault is established, the question becomes what damages should the injured person receive.

Proving fault in a car accident

After an accident, make no assumptions about who hit whom. Instead, let the evidence tell the story.

Avoid social media. It is a good idea to avoid posting pictures or comments about your accident on social media. Anything you say may damage a future lawsuit.