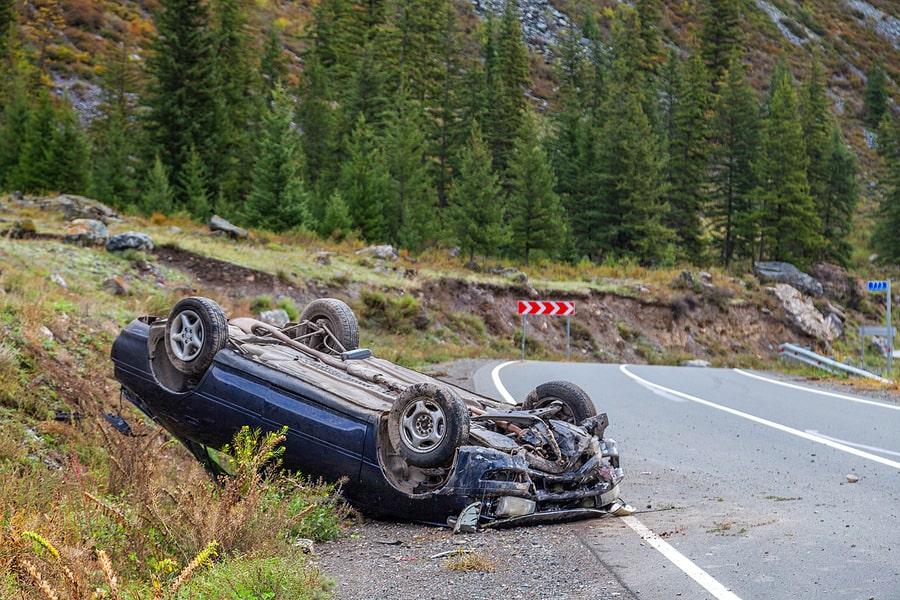 What Causes Car Rollover Accidents, and What Can I Do if It Happens to Me?

Any car can roll over, but SUVs and trucks have a higher chance of rolling over, thanks to their higher centers of gravity.

A rollover wreck is when a vehicle tips onto its side or flips onto its roof. Wind and sharp curves are common causes of rollover accidents. Rural roads, especially those with sharp curves, see more rollover crashes than city streets.

Why Vehicles Roll Over

Many factors play a part in vehicle rollovers, including the road, environmental factors, such as the wind, the driver’s reaction, and the type of vehicle. Equipment failure could also play a part in some rollover crashes.

Common causes of rollover accidents include:

A driver could oversteer-overcorrect after they leave a lane-and cause the vehicle to roll over. Improperly loaded vehicles, such as those with too much weight on one side of an SUV or pickup truck, could also cause a rollover. Finally, inexperienced drivers and drivers who are unfamiliar with the road have a higher risk of rollover wrecks.

Reducing the Chances of Catastrophic Injuries in a Rollover Crash

Rollover accidents often cause catastrophic injuries, such as traumatic brain injuries and spinal cord injuries. They are also more fatal than most other types of accidents, especially if the driver and passengers are not wearing seatbelts.

You can reduce the risk of having a rollover crash by following these tips:

The range of injuries you could suffer in a rollover crash varies depending on several factors, including but not limited to speed, the type of vehicle you are driving, whether another vehicle causes the wreck, and the environment. Injuries could range from minor cuts, scrapes, and bruises to death.

You could also suffer secondary injuries, such as infections of open wounds, especially if you have a compromised immune system, blindness, and, if the crash causes an explosion, ear injuries, such as tinnitus and deafness.

Whether you recover damages depends on whether another person’s negligence caused the accident. If another person-it could be another driver, a municipality that did not maintain roads, a trucking company, an auto technician, or even a manufacturer-caused the rollover crash, you could recover compensatory damages and punitive damages. However, to recover punitive damages, you must prove grossly negligent or intentional actions or inactions took place.

You could also recover extra compensation for amputation, excessive scarring, and/or disfigurement.