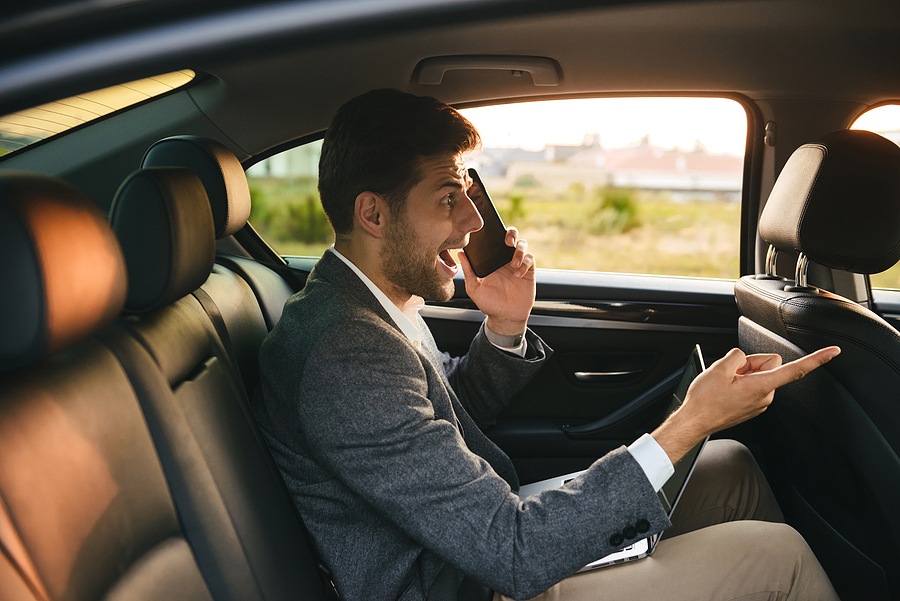 How Much Money Can a Passenger in a Car Accident Get?

Are the passengers involved in a car accident eligible to get compensation for their injuries? The answer is almost always yes.

Passengers who suffer harm in a car accident have just as many legal rights as the person that was driving the vehicle. After all, they’re just as likely to face catastrophic injuries, insurmountable medical bills, and even a diminished earning capacity.

Also, passengers can never be considered at fault for causing the crash or failing to take evasive action. That means they’ll often have more viable options for getting compensation than either of the two drivers.

The amount of money that passengers can recover varies wildly, but it largely depends on the extent of their injuries and the circumstances of the accident.

Who Can Passengers Hold Responsible After an Accident?

While every car accident is different, most crashes happen because of either negligence or mistakes. Sometimes several factors will contribute to creating a dangerous situation, which is why there can even be multiple parties at fault.

This is where injured passengers will really benefit from the help of a skilled car accident lawyer that can investigate the crash from every angle and determine everyone that should be held liable. Depending on the circumstances, passengers can pursue a claim from:

The Driver of the Same Car

It’s common for injured passengers to pursue damages against the person they were traveling with during the accident if that person was responsible. This can be an extremely delicate situation if the driver is a friend or family member, but it’s still the best course of action for getting compensation.

From a legal perspective, all drivers must minimize risks to themselves, their passengers, other drivers, and pedestrians. Drivers can be found negligent of this “duty of care” if they were speeding, using a smartphone, ignoring traffic signs, driving under the influence, or any other violations.

One thing to consider is that there are some limitations to filing a claim under the insurance policy of your spouse or another member of your household. Many policies across the country have family exclusion clauses for injured passengers. However, in the state of Texas, victims in these situations are still eligible for the minimum insurance limit of $30,000.

If the investigation finds the driver of the other car was responsible for causing the accident, that person can be held liable for the injuries and subsequent damages they caused. In most cases, injured passengers would file a claim under the other driver’s insurance policy.

However, if that person’s coverage is not enough compensation for medical bills and other expenses associated with the crash, car accident victims also have the option of pursuing a personal injury lawsuit.

There are many situations when the fault for causing a car accident will be shared between two or more drivers. For example, if two cars crash at an intersection, one driver might be considered primarily at fault for causing the accident because they failed to yield. However, the other driver might have been speeding, which contributed to the crash as well.

In this case, the injured passenger could file a claim with the insurance companies of both drivers. Of course, the victim won’t be able to recover more than the total value of the damages they’ve claimed. Texas law observes what’s called modified comparative negligence, which means each driver owes compensation that’s in proportion to their fault percentage for causing the accident. One driver might pay 80 percent of the total damages, while the other one would be responsible for 20 percent.

If the other driver was at fault and the accident happened while they were acting in the course of their work duties, then you can hold the driver’s employer responsible. This scenario is common with accidents that involve delivery drivers or long-haul truckers. The legal issue here will be proving that the employer shares liability because they created the conditions for the accident to happen.

For example, if the driver was overtired because after exceeding the federally limited number of hours they should be allowed to work in a single week. Employers can also be held liable if the employee has a documented history of reckless driving.

Potential Damages That Passengers Can Pursue

Depending on the extent of their injuries and the circumstances of the accident, passengers can pursue a personal injury lawsuit against the party responsible for causing the crash. This scenario becomes likely when the insurance policy payout would not be enough to cover all the medical bills and other costs associated with the accident.

Injured passengers can work with their attorney to figure out all the possible types of damages they can pursue. The main categories for potential damages are:

These are all the economic damages and expenses that injured passengers suffered because of the accident. Special damages would include all past and future medical bills that relate to the accident, including the rehabilitative physical therapy needed to return to normal life.

Another significant economic damage would be lost wages, both past and future. Victims might even be dealing with a permanently reduced earning capacity if their injuries prevent them from going back to the same work they were doing before.

Some damages won’t necessarily have a price tag, but they still represent substantial harm that the injured passenger suffered because of the accident. General damages might include compensation for physical pain, emotional distress, and loss of enjoyment because their lifestyle has had to change after the accident.

The courts only award punitive damages in rare situations where the accident was caused by extremely reckless behavior, such as drunk driving. As the name says, these are extra damages that are designed to punish the defendant for having an extreme disregard for human safety.

The Biggest Factors Affecting How Much Money Passengers Get

The compensation injured passengers can receive after an accident will mostly depend on three key factors:

The Extent of Their Injuries

Generally speaking, serious car crashes will result in more serious injuries, more extensive medical treatment, and higher compensation awards. It’s not just about how much money the medical care costs, but about how the injuries impact the victim’s ability to work, live a normal life, and enjoy the same activities they did before the accident. That’s why a spinal cord injury that causes paralysis from the waist down will be awarded higher damages than two broken legs that can eventually heal.

The Money That’s Available To You

No matter how strong your case, injured passengers will only have access to a certain amount of money. It will all depend on the resources of the person at fault, especially the details of their insurance coverage. The liable driver’s insurance company resolves most car accident injury claims, and all such policies will have a limit for payouts. In the case of a car accident lawsuit, how many assets the liable party has will limit the compensation that car accident victims can receive.

Commercial insurance policies have much higher limits for payouts. If you’re filing a claim against a business, such as the employer of a long-haul trucker, then that’s when injured passengers and their attorneys can potentially negotiate higher compensation packages.

Working With an Experienced Lawyer

Being represented by a skilled car accident lawyer can make all the difference in helping injured passengers receive fair compensation. An experienced attorney can build a strong argument in your favor, whether that’s at the negotiation table or in a court of law.

At Kenny Perez Law, we’re ready to fight for the compensation you deserve. We take our job to represent your interests seriously.